In Memory of the Deceased: My Self Control

Once upon a time I had self control. I was a master at discipline. I lived for self depravation - actually, that's totally untrue, but I at least followed the mantra of "moderation in all things." This wasn't the case in my younger days, but as I noticed my metabolism slowing and my days rushing by faster and faster, I developed some good habits. However, in recent times, I grew lazy and relaxed my policy. So, although I'm a day late, this Memorial Day I wish to honor (and hopefully revive) my recently deceased commitment to health and good habits. I miss you. If I had tried a little harder, you might be alive and well and even thriving within me. I could be euphoric over the things my fit body could accomplish, and I would flaunt - to my husband...and probably to my mirror - how amazing I looked naked. And, perhaps most importantly, I probably wouldn't have this awful stomache ache/sugar headache from eating WAY too many dark chocolate M&Ms before 8:45 in the morning. Hopefully next Memorial Day I can respectfully (and permanantly) mourn the death of my sweet tooth. Here's to dreaming big!
Posted by Jill at 8:58 AM 7 comments:

I guess I haven't posted anything for awhile. I've been busy (and not just watching TV as recent posts might suggest). I've had lots of unstructured time with Kenny (which has been too rare lately). I've spent some time with my family (also a rare occurrence), and have had lots of opportunities at work - granted "opportunity" generally translates to long hours, some frustration, and ultimately exhaustion, but it also means increased visibility with senior management and job security...and hopefully raises/promotions. We'll see about that last part. Anyway, to sum up some of the highlights:

My cousin Jen and her husband live in the bay-ish area. Due to poor weather in Utah, they switched plans and flew here! When I say they flew, I mean Jen's husband, Jamie, flew HIS plane here. How nice would that be! So after a Friday night full of yummy Cuban food at the Lab and a rousing game of Would-You-Rather, we met up with them again Saturday morning for a private flight around Southern CA. Sights included the Hollywood sign, Beverly Hills, Downtown LA, Huntington Pier, and Disneyland. (And LOTS of maps and Jamie sweating bullets.) Apparently there are many different air zones in this area, each with their own controllers and rules. So while we enjoyed the sights (and saying things like "niner" and "ten-four" into our headsets), Jamie worked really hard at obeying the air traffic controllers - even though some were unnecessarily rude. 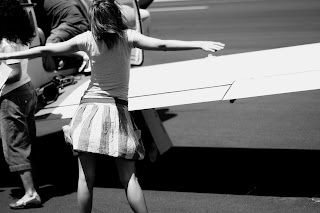 The Crew of The Tango 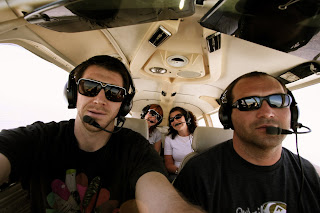 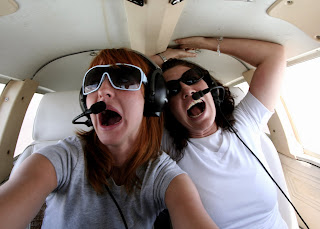 I was a little nervous for the landing, but while we were doing this picture, we landed...and I totally missed it. Smooth! (Thanks Jamie and Jen!)

Over the next few weeks I spoke at the singles ward and attended a bunch of baby showers and kiddie birthday parties. And an awards dinner with the bosses. My coworkers think I'm joking when I tell them I'm going to another shower/party - I'm going to one at least every other week, thanks to my fertile friends. (Why don't I have a house yet?)

I then got to go to Utah for my cousin's wedding and Mothers' Day. I haven't seen the family since January so i was really excited. My family's pretty low-key, but they had some fun things planned: lunch at Pizzeria 712 (which was amazing), "breaking" into and exploring the MASSIVE new housing development on State Street, and viewing the Miverva Teichart exhibit at BYU's art museum. 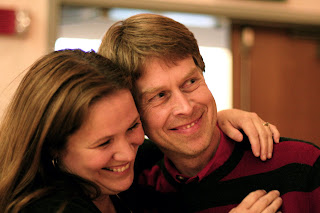 And the sisters, Anna and Becca: 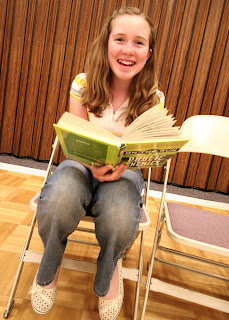 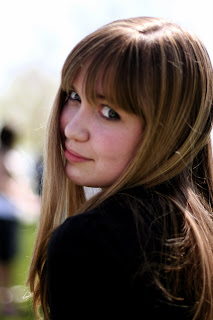 I got to see the brother too, but only for a few hours during which he finally delivered his Christmas gift to me: Season 1 of The Monkees! I LOVED that show growing up and had an unhealthy prepubescent obsession with Mickey Dolenz. It started with Davey Jones (mainly because my Aunt Jenny liked him too) but it didn't take long to develop my own taste and my five-year-old self was soon head over heals for Mickey. Needless to say I've been watching a lot of the Monkees since I've been home. In retrospect, they may have paved the way for my love of a more current wacky folk band/TV show: Flight of the Conchords (see post below).
Mix in a ballet final (100% thank you very much!), some cool parties/home-improvement activities with Skyler and Elise and several late nights at work and that's that. I could use some time to do nothing for a little while, but I don't see that happening anytime soon. I guess I'm pretty lucky.
PS - See the update to my previous post about when you can vote for Amy and Hudd's photographers of the year contest.
Posted by Jill at 6:40 PM 7 comments:

VOTE 4 THEM (NOW)! P.S. it's for someone you can actually support 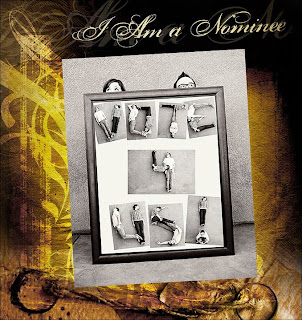 It's no secret that Kenny's sister, Amelia and her husband, Justin, are insanely talented photographers.  Now you have the opportunity to show your support by voting for them here,at BluDomain, where they've been nominated for Photographers of the Year.  To blatantly steal from Nike, Just Do It.  (And do it now.  It will be the best thing you do all day, if not all year.)
UPDATE: Soooo, I couln't really figure out the voting either.  Then Amy and Hudd found out the voting isn't actually happening until June-ish, so I'll probably be reminding you all then.
Posted by Jill at 11:08 PM 2 comments: